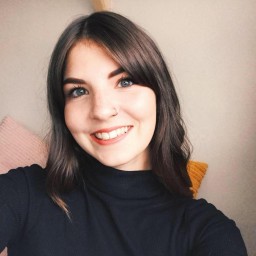 This was going to be a mini-review on Orbiting Jupiter by Gary D Schmidt…
Until I realised I have a lot to talk about!
I have written a quick review on my Goodreads account, you should follow me on there to get my book updates (I’ve been reading a lot lately…) My Goodreads Account

Orbiting Jupiter is about a boy called Joseph, who has been through an extremely hard time, at such a young age. He almost killed a teacher, he was sent to a school for boys, and he has a daughter called Jupiter, who he has never seen, and never will see.

Joseph is sent to live with a foster family, they live on a farm and have a son named Jack. To begin with, Joseph is very quiet and reserved, he doesn’t talk much and barely smiles. Jack counts each time he smiles, I think he gets to around 7/8? (Including the ‘sort of’ smiles).

Eventually, after a little while, Joseph starts to settle in, with the help of Daisy the cow, who accepted him straight away, and cows always can tell if a person is good or not.

Joseph spills everything out one night to Jack and his parents, after ice skating on the pond. Jack says that the coldness froze them, but must have thawed out Joseph because he keeps on talking and talking until his whole past is out there. They hug, and it’s very emotional.

Joseph wants to find his daughter, Jupiter. He looks in the sky to find the planet each night until he cannot see it anymore because of the Moon. After having a hard time at his new school, his foster parents try to get him a visit to see Jupiter, for Christmas. This takes a long time, and eventually, Joseph runs away to find her himself.

After searching almost all night, Jack finds the foster mother for Jupiter in a library. She gets a call, and they drive to her house to find Joseph standing outside. He found her. Joseph didn’t go in. He waited. She didn’t let Joseph in to see the baby, but she gave him a picture and took him back to Jack’s mum and dad.

Jupiter’s new mum sends him letters each week, and sometimes photos too. Throughout the book, Josephs dad has wanted to take his son back, although he couldn’t take care of him, and he abused him. Joseph’s dad also wants to sell off Jupiter for the money and send her away for good. An argument pursues, leading to Joseph’s dad coming back to the house with a gun, demanding his son to leave with him. After threatening the rest of the family, Joseph doesn’t want Jack or the man and woman who cared so much for him to get hurt. So he leaves with his dad. He drives fast. They crash their car, they both die. (CRYING)

The family held a funeral for Joseph, and he is buried next to Jacks past family. The priest talks about how Joseph protected the people he loved. (CRYING)

In the end, Jacks mum and dad adopt Jupiter. (CRYING.)
Jupiter and ‘Jackie’ have an amazing relationship straight away, and he vows to never lose her.

I liked that Orbiting Jupiter was super easy to read. The cover is absolutely gorgeous, and there’s something about small books that I am drawn to (probably because they don’t take long to read…)

Some may say that the ending was highly predictable, I must admit that I was hoping for the family to eventually adopt Jupiter, but it was still a nice surprise. I’m not angry about it being a little bit foreseen.

I enjoyed the ending of the book more than the start. Even though it’s half happy, half sad, I thought it was very well written, and sent such a nice message across.

You should always accept people, especially children. If they have had a hard time, give them time, in the end, you will see how great it can be. Unfortunately in this end, Joseph ended up, in a way saving their lives by leaving with his Dad, which in turn, ended his.

The only thing I didn’t like about Orbiting Jupiter, was that the sentences were so simple and short. It needed more detail, I like more in-depth (it doesn’t need anything more, that’s just what I prefer).

Basically, I wanted more to happen, other than a few fights and a near-death experience in the river.

That’s all really, I just felt like it was a bit too plain? Does that make sense? I wanted some big words, more dialogue. Gary D Schmidt’s writing style is very different from what I usually read and I don’t majorly dislike it.

Overall, the way Orbiting Jupiter is very nice, simple, and clever. I just wanted that little bit more! More drama, more detail on the characters maybe? I am fighting with myself because I also think it’s so beautiful that it isn’t so in-depth, yet I carried on reading… Ah, I don’t know.

You can buy this book here!

Thank you for reading this review…
If you have read this book I would love to hear your views on it too.

Check Out These Articles

Does My Business Really NEED a Blog?

How to be Effectively Productive