The Hate U Give by Angie Thomas // Book Review

The Hate U Give By Angie Thomas

The Hate U Give is about a girl called Starr, who has seen two of her friends die. Murdered. By the police.
Once when she was ten years old and now, after meeting with an old friend and ‘crush’.
He is killed by a police officer for no reason. Khalil is innocent, and Starr watched him die.
She kept it to herself, she didn’t want people to know she was there, her family were not sure if they should tell either. Until the police officer is not sentenced. Nothing happens to him, and it isn’t fair. Starr finally realises that her voice is her biggest weapon and she needs to use it to get justice for not only Khalil but for everyone who has been wrongfully killed.

Throughout the whole of this novel, Starr also struggles with her sense of identity. She acts like two different people depending on where she is. In Garden Heights, her home, Starr is normal, comfortable. At Williamson, her predominantly white school, she uses different words, she doesn’t act in any particular way, she keeps her head down. Until they find out that it was her with ‘the drug dealer’ who was shot by the police.

Starr has to stand up for herself and drop the friendships that aren’t supporting her.

In the end, the family move to a different area, after the mother finally convinces the father it’s for the best. They will always be a part of Garden Heights, but now at least they will be safer. After all, most of the shops have been burnt down and the neighbourhood has been trashed during the riots.

I loved this whole entire book. I couldn’t put it down once I had started. The author has portrayed the life of Starr and her family so well.

I have learnt a lot from this book.
How the black lives matter movement really needs to start changing how people are treated, especially in America where police brutality is high. Also how awful it is that innocent human is killed due to their skin colour, how hard Starrs life is, and everyone who is in the same position as her, and no one is listening.

This book is hard, it’s raw but it’s real. I think everyone should read this book. The most upsetting thing is, even though this is a fiction novel, there probably is a real-life Starr out there somewhere.

I liked that we saw Starr’s two separate lives, the one at school and at home. How she began to slowly become more comfortable with her boyfriend, Chris. How she loves her community, would help anyone, even though she is going through the worst time in her life, again.
Starr is incredibly strong and I enjoyed reading how her character developed throughout the novel. From being quiet, scared, worried, to speaking, shouting, and using her voice to make a change.

The only thing I didn’t like, was that I was constantly on edge! This isn’t really a bad point, I just felt bad for the characters, obviously.
But this is obviously how it would feel if you were Starr living in her world.

Everybody should read this book, I loved it.
I read it super quickly because so much was happening I just had to read the next part, then the next, then the next.
I felt like I had learned something when I finished it, which is always a good feeling!

You can buy the book here –

Thank you for reading this post!
If you have read The Hate U Give, and you have written a review,
comment a link below. I would love to have a read!

See you next time!

Other posts you should check out

Turtles All The Way Down by John Green Review

Get Back Into Reading Books

The Books That Made Me A Reader // Favourite Reads

How To Stop Time by Matt Haig // Book Review

Welcome to Written by Charlotte 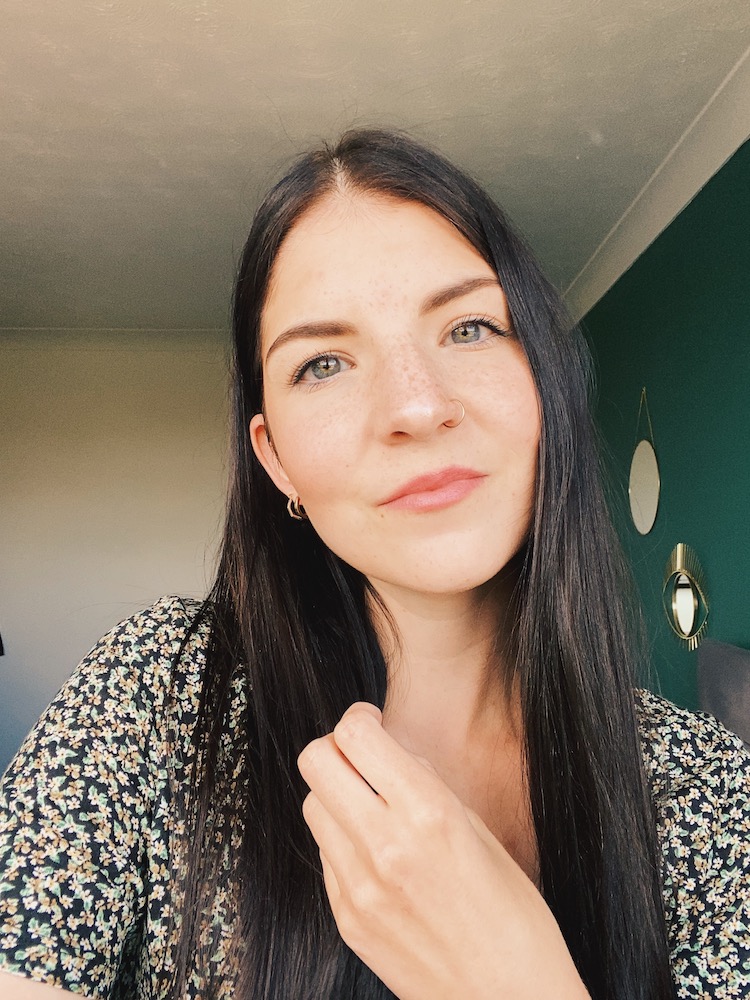 Hey, I am so happy you are here. If you have landed upon this blog, I assume you are here to change your life, further your potential, and boost your happiness. Here you can find all of the things I have learnt and researched on my own journey of health and wellness. Be sure to follow me on Instagram and Twitter to receive updates xx

NEXT UP 📖 The Seven Husbands of Evelyn Hugo…

Finding your ✨thing✨ Is there something you u

Merry Midweek 📚 Can’t wait for a week off wo

The first of many book pictures 📚 Slowly turnin

Feeling so poorly the past few weeks, think my imm

A little London photo dump 📸 Had the best weeke

Of course I couldn’t just get PlAiN old nails fo